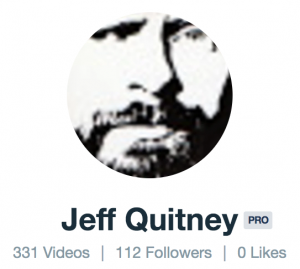 Before the laser came the maser and before that the radar that let civilization live long enough to create the other two.  We think that vacuum tubes have been completely overcome by their solid-state, fully integrated and integratable semiconductor rivals but they soldier on in niches where very high powers have to be sent out of antennas either to other antennas or to scatter back from targets.  Here’s a superb old video explaining the ‘klystron‘, a name fragrant with the aroma of old school pulp science fiction.   They’re still in use as are Traveling Wave Tube Amplifiers (TWTAs, pronounced ‘tweetas’) along with a few other devices that are coming up on nearly ninety years of life.

The Bell System is long gone but its manufacturing arm, the Western Electric Corporation, still has a website and offers products under its old banner.  Its ‘Historic Technical Library’ section is a goldmine of references.  Under ‘Western Electric Technology’ we can learn how to use our Picturephones and read the classic 1965 monograph, Principles of Electron Tubes.  The latter delves rigorously into the business of taking small radio signals and amplifying them to for communications, science, or surveillance.   Both klystrons and TWTAs get detailed treatment.  Fittingly, the final chapter is on gas lasers featuring the ever popular helium-neon variety  with only a brief mention of the carbon dioxide laser invented about the time the book would have gone to press.

It is easy to forget how the development of lasers and nonlinear optical devices came as logical outgrowths of the earlier work at much longer wavelengths – storing power in one medium and exchanging it to another all by playing games with resonances and the speed of light.   The Handbook allows the reader to rediscover these links, often for the first time.  It is not also surprising that places strong in the one such as Stanford; home of the brothers Varian, Edward Ginzton, and William Hansen of klystron fame, became so strong in the other with Schawlow, Hänsch, Siegman, Byer, and Harris. Of course, Bell Labs also falls into that category but it hardly bears repeating since it was so strong in so many areas.

As time marches relentlessly on, it slowly erodes what you think you know – especially those things you never knew in the first place.  Despite all of its cruft, marketeering, and self-promotion there’s still a small corner of the internet that hews to its educational roots.  The structure of subatomic particles like protons and neutrons is not conceptually easy, the mathematics reserved for a few.  Eugene Khutoryansky’s colorful and surreal videos do a great service in making abstract concepts concrete.  The underlying classical music soundtrack is in subtle contrast to the extremely non-classical  physics.