Making science theatrical without short-sheeting either has proven a tough proposition. Playwrights have tried to portray scientists and/or their underlying ideas to varying degrees of success. Scientists have tried writing plays with approximately equal results.

‘Arcadia’ stands alone as serving both sides equally well. Excluding the slogs through tedious characters mattress-surfing, Stoppard finds a delicate balance where science and story reinforce each other. By contrast, Frayn’s overpraised ‘Copenhagen’ made little impression when it came to LA in 2001. Among LA’s homegrown productions, the first half of Nancy Keystone‘s ‘Apollo, Part 1’ insightfully captured the contradictory, chaotic workings of the technical enterprise. Given the smarts in both cultures, it is surprising that the bridge between them is so rickety.

Here’s a lengthy all-sides-included panel discussion on the topic jointly sponsored by the Royal Society and the Royal Shakespeare Company.

Hundreds of years ago, the inhabitants of Easter Island erected giant statues, their backs against a vast ocean. Easter Island statues by Honey Hooper. via Wikimedia Commons, Creative Commons Attribution 2.05 Generic license. Image is unmodified and no endorsement by the photographer is implied. Click image for details

Today, one can fly nine hours due east and see an equally impressive array of eyes and ears looking up at an ocean of stars – the Atacama Large Millimeter/submillimeter Array, ALMA. Both are on Chilean territory. The builders of the statues are lost to us. In the rush to admire the results from a great observatory, we easily lose sight of those who braved the paper-thin and bone-dry air at 17,000 feet to place these modern instruments. Brady Haran takes an important first step in that recognition.

A side effect of long Internet usage is the sudden recollection for no good reason of a website visited long, long ago.  Sometime in the early-2000s, the Speech Accent Archive at George Mason University made the news.  Prof. Steven Weinberger asked people all over the world to record a carefully constructed paragraph and to provide some demographic information.

The elicitation paragraph:
Please call Stella.  Ask her to bring these things with her from the store:  Six spoons of fresh snow peas, five thick slabs of blue cheese, and maybe a snack for her brother Bob.  We also need a small plastic snake and a big toy frog for the kids.  She can scoop these things into three red bags, and we will go meet her Wednesday at the train station.

The elicitation paragraph contains most of the consonants, vowels, and clusters of standard American English

The responses were analyzed and tabulated by GMU students in a linguistics class.  I don’t know why this came to mind but it did.   Fortunately, the trove still exists and continues to be maintained.  The Language/Speakers  list may be the easiest way to get started.   Have a look, have a listen, and contribute.

This guy was willing but didn’t follow the directions.

Via Arts Journal and Hyperallergic: A full complement of this year’s MFA students have elected to leave USC’s school for such things.

LOS ANGELES — Citing “the University’s unethical treatment of its students,” the entire class of first year MFA students at USC’s Roski School of Art has decided to leave the school, according to a statement they released today. The seven students listed a number of grievances leading to their decision, beginning with a significant decrease to the generous tuition subsidization that they had expected before their acceptance to the program. They also criticized the school’s administration that “did not value the Program’s faculty structure, pedagogy or standing in the arts community.” As a result, they say, the Program Director left in December 2014, followed by the resignation of tenured professor Frances Stark.

It’s a great read of a highly principled stand.  It’s even moreso because given the financial analysis that the affected students have presented on top of their educational concerns and arguments.   Here’s to the artists using the tools of the MBAs to turn the tables on them.

Orchestras in the United States are increasingly run on a corporate model.  Musicians may have some say in things but ultimately executives and a board call the shots.  The Berlin Phil does it differently: 123 members elect their nominal boss.  Several prominent conductors including Daniel Barenboim and Maris Jansons said they were not in the running.  Others including Gustavo Dudamel re-upped with their current orchestras, presumably taking themselves out of contention.  Christian Thieleman and Andris Nelsons were among the rumored frontrunners of those remaining.

This vote has been eagerly anticipated since Simon Rattle announced his departure some time ago and was to have been resolved today.   And there was no result.   A post on the BPO’s website states the process went for eleven hours with no clear decision and that they’re going to stew on it for another year.   Any decision would have been controversial including this postponement.  The internal discussions are undoubtedly rife with politics but this is one of the world’s premier orchestras.  They need to get it right and they’re going to take the time to hash it out.  A little glimmer of democracy in an otherwise autocratic business.  That’s why it’s called deliberation.

No decision yet on successor to Simon Rattle

The voting for the Chief Conductor and Artistic Director of the Berliner Philharmoniker brought no results today. Orchestra Board member Peter Riegelbauer said: “After an orchestra assembly which lasted 11 hours, we have unfortunately come to no decision. There were positive and lively discussions and several rounds of voting, but unfortunately we were unable to agree on a conductor.”

123 members of the orchestra who were eligible to vote were present. Riegelbauer continued: “We must continue this process and this election. That will have to take place within one year. We are very confident that we will come to a decision then. The process of this election will be continued, and the orchestra assembly will meet regularly, but we will take the time that is necessary. That can last one year.” The mood during the assembly was described by all participants as very constructive, cooperative and friendly. 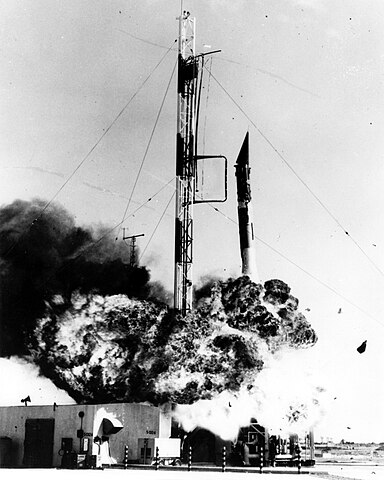 Spaceflight is replete with good intentions and good engineering going horribly wrong. In that sense, ‘Entropy’ now at Theatre of NOTE until 30 May 2015 is a reflection of the space race between the U.S. and the Soviets and the tenor of those times. The team is very good, with several NOTE stalwarts. The engineering is very good with a delightful three-part set stuffed into the company’s tiny black box. The stagecraft is very good with costumes, ingenious effects, visual puns, and precision timing. All to unfortunately little effect.

In his program notes, playwright Bill Robens asks rocket scientists (“They can be such snobs”) to relax and enjoy the celebration of those who risked so much to explore the unknown. It’s a fair request but there’s little return for the suspension of (dis)belief. Set in 1973, a U.S. space mission is diverted to address the discovery of a 16 year old self-aware Sputnik on the moon. Of course this has enormous local, geopolitical, and military consequences – U.S. and Soviet intelligence personnel get their mitts on a NASA mission exploring and exploiting green power technology (!)

There’s thrust aplenty. The cast is in full Saturn V mode, bellowing from five feet away. There’s a love triangle in mission control and one in the spacecraft. Even the two sloganeering cold warriors are really kindred spirits at the core. ‘Entropy”s problem is in guidance and navigation. There isn’t any and little good ever comes of that. Many, if not most, rocket scientists readily accept giant lasers, warp drive,  sentient machines, and interspecies bumsen if the story goes somewhere or better, leaves lingering questions.  This show is less a shot at the stars than a Scud launch that hopes to hit something.  Anything.

So, why the title? There’s a short soliloquy just before intermission by the bespectacled poindexter (there’s always one of them in these things) about disorder and the Second Law of Thermodynamics. It’s possible to turn this into art, Stoppard did it with ‘Arcadia.’ If we pull a Rose Mary Woods, we can see how bodies in heat can thwart perfectly good equations in ‘Entropy’ as well. But is that ever a stretch. It’s no crime that ‘Entropy’ isn’t ‘Arcadia.’ Not many plays are and that clearly isn’t Robens’s intent. The aero and space businesses past and present are chock full of material for lampooning. To do that well requires some familiarity and possibly even affection for the thing being spoofed. Sadly neither is evident here although most of the audience were lapping it up vigorously. Perhaps they are not rocket scientists. NOTE has the people and smarts to pull off such an ambitious project  but that fine line between clever and stupid is nowhere in sight.

Produced for NOTE by John Money Not too many U.S. airports get to see the Antonov AN-124. One day maybe the AN-225 will grace us with a visit.