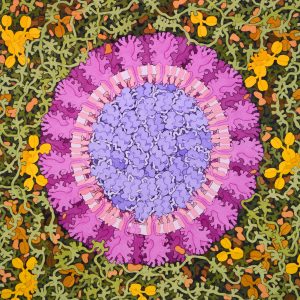 According to Saturday Night Live, some band or the other once had a song called “Don’t Fear the Reaper.”  They didn’t know Ed Currie, breeder of the world’s hottest peppers…

We have megapixel cameras in our phones and gigapixel cameras on our telescopes.  Before digital took over photography (and the world,) we had film.  Light struck silver and made a mark and behind it all was some marvelous physical chemistry.  It is still awe-inspiring to think of how these processes came about when knowledge and instrumentation were not nearly as advanced as today.  Each step could have millions of alternatives and sorting them through brute force would take the age of the universe.  Yet somehow it all came together and spawned industries.  The American Chemical Society takes us through the science as it was in 1940.

Addendum 25 September 2020:  EPFL has reorganized its webpages and the cavitation videos have disappeared.  Here is an American Physical Society report on that research.

The reputation of carbohydrates waxes and wanes depending on trends in nutritional science and public interpretation.   Chemical facts that I learned years ago still hold.  Take one carbon, two hydrogen, and one oxygen, CH2O (or seawater, ha!) and repeat in quantity n to get the empirical formula for the carbohydrate family: (CH2O)n .  From there it quickly gets very interesting and very complicated.  These handed molecules can form five- and six-membered rings and the rings can join together in marvelously intricate ways.   Beyond mere aesthetics they form through sugars, starches, and cellulose the code, fuel, and structure of life.   Here is Armando Hasudungan explaining more than what I once knew but since have much forgotten about these compounds.  His channel is a gold mine for aged chemists and aspiring medical students.

These videos provide excellent overviews of proteins and enzymes – what they are and why they are important.  They are produced by the Research Collaboratory for Structural Bioinformatics (RCSB), a part of the worldwide Protein Data Bank Archive.  The RCSB site has additional educational information for non-specialists through its PDB-101 subdomain including curricula for teachers, video challenges for high school students, and a “molecule of the month” providing interactive views into complex protein structures.

The young Canadian behind the NileRed Youtube channel loves chemistry, even more than most of us who spent years studying it.   Likewise Nurdrage, who may or may not be NileRed’s alter ego.  I have no idea how they get access to fume hoods, chemicals, rotary evaporators, and other bits of expensive labware.  And I similarly have no idea what would happen to any American who tried to have a home lab capable of such things.  Let us not forget the young man who got arrested just for bringing his science fair project to class.

Here’s how to extract the heat from chilies with a dandy introduction to the Soxhlet extractor.