I had the good fortune to spend time as a kid at the Lawrence Berkeley Laboratory. My father worked there and I later did undergraduate research projects in labs housed there. I’d often pass through a certain hallway where astronomer Jerry Nelson was advocating a new way of building large telescope mirrors without investing in one gigantic piece of glass. His approach: Lots of small pieces of glass, prestressed in jigs, polished, and released with each forming a part of the mirror surface. The trick was to stress the pieces so that they’d assume the required precise shape when the loads were removed.  Tile these pieces together and go as large as needed. I never met Nelson but I read the posters by his labs carefully, wondering if and how it could work in practice. I also bumped into Dr. Richard Muller, my Modern Physics professor one day in that hall. A man of very eclectic tastes, he changed subfields often and he’d moved from radioisotope dating to observational astronomy. He showed me a device that could convert 80% of the visbile light falling onto it into electrons – one of the early CCDs that are now everywhere. At the time, CCDs were thought to be the next great thing in computer memory. Muller told me that it was in fact the future of astronomy. There were two revolutions in that one hallway and I had only the dimmest awareness of what either meant.

Today, there are many telescopes with unfathomably large collection areas thanks to Nelson’s innovation and persistence. CCDs and electronic detectors at other wavelengths are approaching perfection in their light detection ability, photographic plates are a thing of the past, and telescopes can now go into space because there’s a practical way to get information back to the ground. 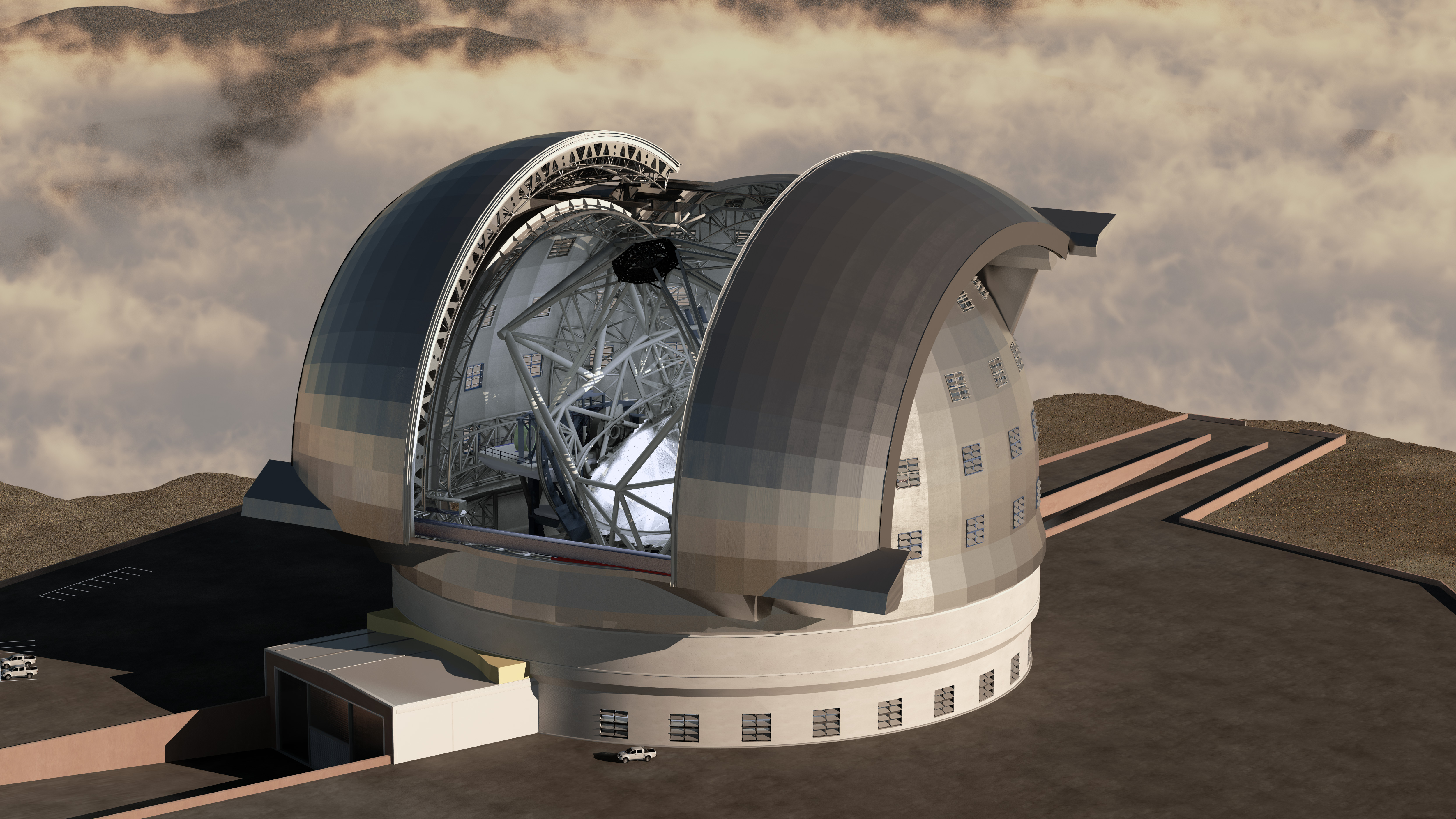 Of course, not every modern telescope is made from segmented mirrors and any actual design is always subject to thorough, brutal trade studies that determine what’s best for the science. Prof. Roger Angel at the University of Arizona has perfected making mirrors as large as 8m in diameter. That’s a whopping 315 inches, 150% as large again as the 200 inch gem at Palomar. The Large Synoptic Survey Telescope (LSST) currently under construction has selected one of these as its primary. A friend on the project says it is actually two mirrors of the three that will ultimately make up the telescope that will photograph a huge chunk of the sky routinely, generating 15 terabytes of data a night.

As if LSST were not enough, three 30-m class telescopes are being developed for looking at faint objects in a much smaller field-of-view. There isn’t a way to make a single aperture that size so these will require segmented or multiple 8m-class mirrors. The Giant Magellan Telescope and European Extremely Large Telescope will be built Chile, the Thirty Meter Telescope will be built in Hawaii next to the Kecks, built to Jerry Nelson’s concepts. All are set to see light in 2022. We’re looking at a Platinum Age for astronomy and our understanding of the Universe. I envy, in a positive sense, those who get to work on these eyes.

Here’s a concise, well-written article on all three of the massive new projects.
http://nautil.us/issue/11/light/the-billion_dollar-telescope-race